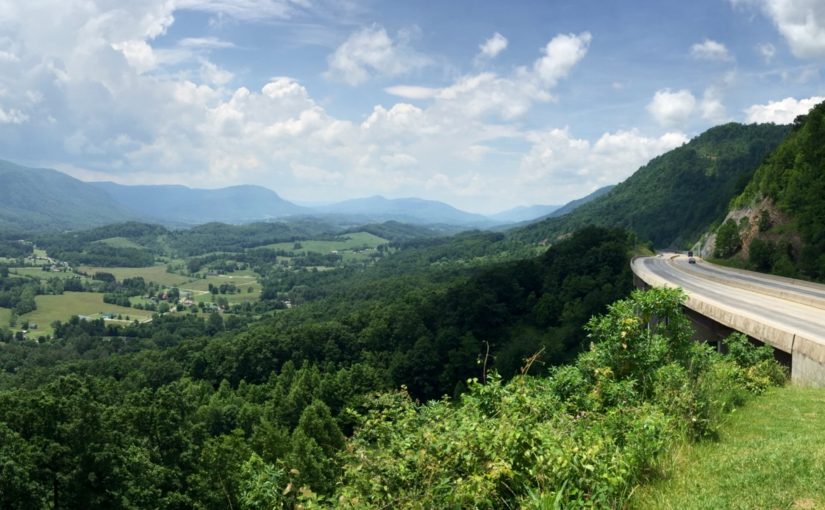 “……I shall be telling this with a sigh

Somewhere ages and ages hence:
Two roads diverged in a wood, and I,
I took the one less traveled by,
And that has made all the difference.”

By Robert Frost from “The Road Not Taken.”

Driving through the familiar Appalachian Mountains last week gave me a chance to reflect. Returning from a short trip to visit my two oldest boys, I took a new route that not only saved me an hour, but surrounded me with great scenery and wilderness that reminded me of the struggles most of us face; sometimes raising children. The road that led through the years, to the joy of family in the restoration of relationships, through the power of love and perseverance.

Yes, there were still those moments I longed for the time when my children were younger; the sweet, innocent years, moving away fast in the rearview mirror. As I thought about the challenges we had all faced, how we had survived, tears of gratitude filled my eyes. My children were healthy, happy and productive, but it hadn’t always been this way. As much as I wanted to protect them and love them, it wasn’t always possible. Things often got in the way. Sometimes it was the things I couldn’t control; and sometimes it was me!

My trip to North Carolina began with nearly twelve hours of driving, arriving in Raleigh just in time for dinner. I had picked up Brendan, my twenty six year old, in Hendersonville, continuing on to Raleigh meeting up with Travor (my twenty eight year old), and his awesome wife Samantha. I can’t begin to describe the joy of celebrating life, breaking bread with these three extraordinary people who have found productive paths by overcoming personal challenges. 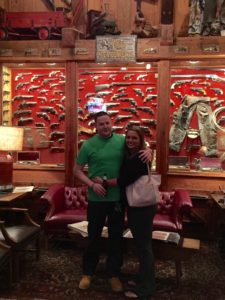 After our feast at the legendary Angus Barn, and a good night’s sleep in Chapel Hill, Brendan and I drove back up the mountain, another four and a half hours to Hendersonville. There I was privileged to enter Brendan’s world, which included a short trip to the home of Carl Sandburg; the hobo poet who won the heart of the country in the early 1900’s. I had visited this special place with my two sons in 1995; now it was one of Brendan’s sanctuaries. A place he went to find God who had revealed love for His children and for the human race through nature; and by kindness expressed in the lives of others. I believed God’s love was also revealed in the Bible, the story of His disappointment at our reluctance to receive His blessing and keep his commandments; and the story of redemption. 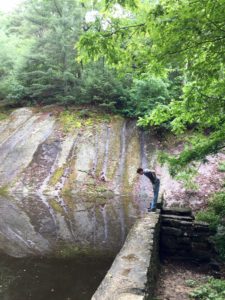 Therefore, “they are before the throne of God and serve him day and night in his temple; and he who sits on the throne will shelter them with his presence. ‘Never again will they hunger; never again will they thirst. The sun will not beat down on them,’ nor any scorching heat. For the Lamb at the center of the throne will be their shepherd; ‘he will lead them to springs of living water.’ ‘And God will wipe away every tear from their eyes.’ ” -Revelation 7:15-17

Yes, it was true that God loved us enough to reconcile us back to Himself, whether we thought we deserved it or not. This was the amazing love that I wanted to emulate and yet fell short of every day.

How much can a parent love a child? You can answer this for yourself, but I think most of us would say “a lot.” How much would we sacrifice for them? Would we die for them? Many parents defer their dreams and pleasures (and more) for their children. Carl Sandburg had written that “A baby is God’s opinion that life should go on.” Truly our children are miracles to whom we pass the eternal torch. My hope was to pass the story of the Messiah on to mine by demonstrating love and leading a life that pointed to the truth.

As I drove through Pikeville, KY, the ghosts of the Hatfield’s and McCoy’s roamed the hills, shooting memories of how fast relationships can go bad from harboring resentments, and from acts of vengeance. People who were once close, even family, can become hostile to the point of no return; or so “the enemy” would have us believe. The truth, was that by God’s power and love, restoration was always possible in the grace of forgiveness. 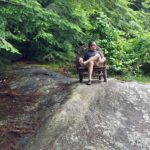 Now I drove a new route from Asheville to Ashland, one that I hadn’t considered before. It made me think that the restoration of our relationships was similar. Sometimes we needed to try a different way. Sandburg said, “Anger is the most impotent of passions. It effects nothing it goes about, and hurts the one who is possessed by it more than the one against whom it is directed.” The power of love over anger and indifference is a gift from God. One so powerful it is able to restore goodwill between parents; between parents and children; between people; and between people and God.

We are all God’s children and to reconcile us back to Him, and in a sense to each other, he demonstrated amazing love by becoming human and dying for the sins of all humanity. By becoming the sacrifice of atonement, he redeemed each and every person. So by accepting this propitiation, by faith, we can receive God’s grace along with His Holy Spirit, which gives us the supernatural power of sacrificial love and restoration. Loving our children in the difficult things, and one another when it makes no sense, demonstrates God’s love; this is how we help inspire loving children, and so on. It is for me, my road less traveled, “and that has made all the difference.”