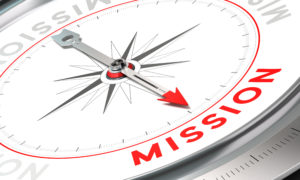 In Acts 21, Paul was arrested in Jerusalem for preaching about Jesus.  Because a group of men were plotting to kill him on his way to court, Paul was transferred to Caesarea.  Today’s scripture has us in Acts 24, the account of Paul’s trial before governor Felix.

The story begins with Tertullus, the lawyer, acknowledging the period of peace the nation has experienced under Felix’s leadership.  He compliments the governor by directly attributing years of peace to Felix’s programs of reform.  The charges against Paul are recorded in verse 5 – he is accused of being troublemaker who has been stirring up riots all over the world.  Acts 24:9 says, the other Jews joined in the accusation, asserting that these things were true.  Does this sounds like a pile on to you?  A case where one person begins with an accusation, then others (whether they truly have been wronged or not) begin to transform their experiences to fit the argument.  Sounds something like this, “yeah…and I saw him do this…I heard him say that…did you notice that he didn’t say this…and he definitely doesn’t care about that…”.  Situations like this frustrate me to no end.  They almost always make me want to fight the accusations against me, whether they are truly accurate or not.

Notice how Paul responds.  He asserts his innocence, “and they cannot prove to you the charges they are now making against me” (Acts 24:13), but he doesn’t stop there.  He steps out and presses the issue.  In verse 14 he confesses to be a “follower of the Way”.  Then in verse 21 he actually suggests to them a time when he charges may have been valid, “unless it was this one thing I shouted as I stood in their presence: ‘It is concerning the resurrection of the dead that I am on trial before you today’”.  What?  Based on what I know about court proceedings, this certainly isn’t how defendants are counseled to respond.  Shouldn’t Paul just be answering the questions asked, no more, no less?  Anything he says can be used against him.

Felix doesn’t issue a verdict in this case.  Rather, he pends it until Lysias the commander will be present.  Verse 24 tells us that Felix and his wife visited Paul a few days later.  What a perfect opportunity for Paul to discuss with the governor and eventually convince him of his innocence, right?  Nope.  Paul didn’t talk about himself, he talked about righteousness, self-control and the coming judgment.  This is just like Paul.  It was never about him.  His singular focus was on leading others to faith in Jesus Christ.  Every time.

What is your one goal?  Are you crafting conversations with others to lead them to Christ or to accomplish some other objective?  Are you willing to sacrifice your selfish desires in order that others may know salvation?

God, we can’t accomplish this on our own.  We need you.  Will you wrap our hearts and minds around one goal – using every opportunity to lead others to you?