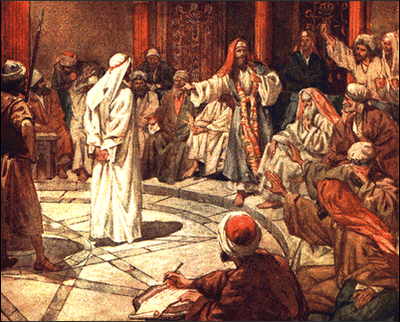 Today, I’d like to share a snapshot of a speech shared by Stephen in Acts 7. Yesterday, Amy set the stage for us and a focus for us to be praying for our opportunity to serve.  In Acts 6 we are introduced to a man chosen to support the widows.  Stephen was at the top of this list, he was a man full of faith,  full of the Holy Spirit, and a man full of God’s grace.  Stephen performed great wonders and signs among the people.  Acts 6:5 and Acts 6:8. Unfortunately, opposition arose and false charges were then brought against Stephen that included; blasphemy of God, Moses, the law, and the temple.

Stephen then shares a sermon that defends his faith before the council of Israel. This is found in today’s reading of Acts 7.  I’l let you read through this powerful sermon in order to provide you with the full picture and true specific points of this dynamic speech. This speech by Stephen holds so much power, that by his conclusion, and before Stephen could even finish, members of the Sanhedrin had taken his life because it had made them furious and moved them.

In 1 Peter 3:15 Peter tells us, “Be ready always to give an answer to every man that asks you regarding the hope that is within you.” Peter is right! In a moments time I definitely wouldn’t have the amazing sixty verse sermon, but I know one word I could start with, “Jesus!” You can view this sermon as a masterpiece for the subject of apologetics.  Apologetics is the subject of information that defends the faith. Stephen knew what he believed. He also knew why he believed as well.

Stephen leaves us a lesson of the boldness in witnessing. We read about his courage. We read about the faithfulness of God. In addition, we can also read about the blindness of hostility, and even though when the members of the Senhedin committee heard this sermon and gnashed their teeth at him, Stephen was still full of the Holy Spirit. While Stephen was being dragged out of the city and being stoned in front of a young man named Saul (who later becomes Paul) Stephen prayed, “Lord Jesus, receive my spirit.”  Stephen fell to his knees and cried out, “Lord do not hold this against them.” Stephen then fell asleep. (was brought to heaven) Stephen prayed the same prayer as Jesus in Luke 23:24. Did this picture of Stephen and his prayer remain with Paul?

Acts 1:8 says, “But you will receive power when the Holy Spirit comes on you; and you will be my witness in Jerusalem, and all Judea and Samaria, and to the ends of the earth.“

As we move into Acts 8 Stephen’s death was a catalyst that set into motion evangelism outside of Jerusalem. Up to this point in Acts, everything had taken place in Jerusalem. Stephen sermon and death set waves of persecution forcing believers to leave…God always orchestrates life’s events for his purposes.

Thank you for this amazing brother in Christ, Stephen. Thank you for the words of truth spoken by him. I pray for the courage and boldness that is necessary on this earth as we live out this breath of a life. I pray that we continue to be encouraged and grow in the knowledge of God’s words and to defend the faith when necessary.  I pray that throughout our day in our words, actions, and heart  we share and recognize your presence.  I pray for this Easter week and for open doors that will allow us to share your words, love, and the desire you have for us to be part of your eternal kingdom.  Amen