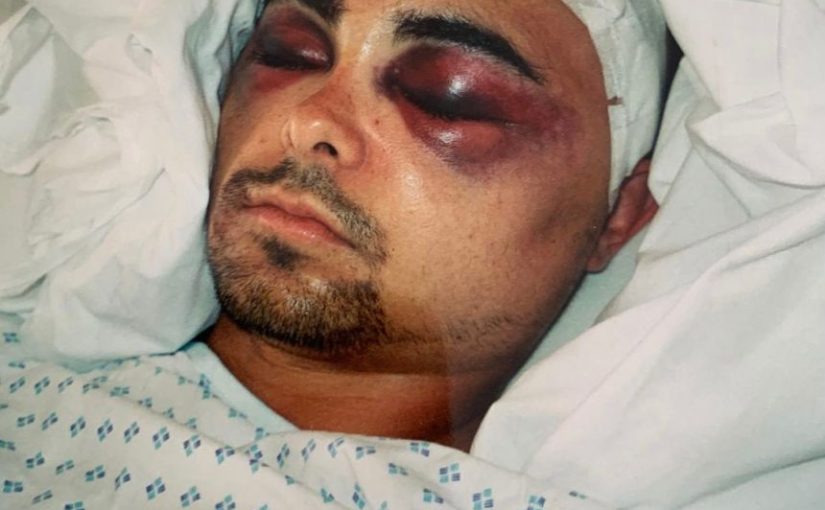 A man fell asleep while listening to preaching well into the night. Unfortunately this tired guy was sitting near an open window and therefore plummets to the ground and dies. The great news is God had a different plan for him and also for a good friend of mine!

7 On the first day of the week, we gathered with the local believers to share in the Lord’s Supper. Paul was preaching to them, and since he was leaving the next day, he kept talking until midnight. 9 As Paul spoke on and on, a young man named Eutychus, sitting on the windowsill, became very drowsy. Finally, he fell sound asleep and dropped three stories to his death below. 10 Paul went down, bent over him, and took him into his arms. “Don’t worry,” he said, “he’s alive!” 12 Meanwhile, the young man was taken home alive and well, and everyone was greatly relieved. (Acts 20:7, 9-10, 12)

One of the recent and beautiful answers to prayer this year has been meeting our brother and sister in Christ, Blake and Meggan Panzino and their three amazing boys. Blake has a fascinating and almost unbelievable story similar to Eutychus. But again, God had a different plan! Blake is taking over the remainder of the post for today. Thank you Blake for sharing your story with us!

As a new follower of Christ I was on fire for the Lord. I would spend hours studying the Bible, it was as if every word was speaking directly to me… And then I read about Eutychus.

I was also only a few years removed from sleepwalking out of a 3rd story window. My life was saved that day for the first time and then again a few years later when a friend shared the glory of the gospel!

During my recovery from that fall I felt a gentle tug at my heart but I resisted.

On the surface I could point to the ever present pride and ego raging throughout my body, that was definitely part of it. My misunderstanding of the gospel played a part as well. When I focus harder though there was an even greater block to me accepting my salvation… I didn’t think I was worthy. I didn’t think a sinner like me could ever be pure enough to come before the throne.

I had to put down the preconceived notions of a rule book meant to keep me from “fun” in order to see that he was calling me to a life more abundant than I could ever have planned for myself.

What does your calling look like? Sometimes its indirect and sometimes it is quite literally your story verbatim.

God wants more for us. Your wake up call may not resemble a 30 foot fall out of a window (it might) but what is it? How is he calling you? How are you responding? With pride and arrogance thinking your way will lead to favor? Or humbly submitting and recognizing that you can’t do this on your own strength?