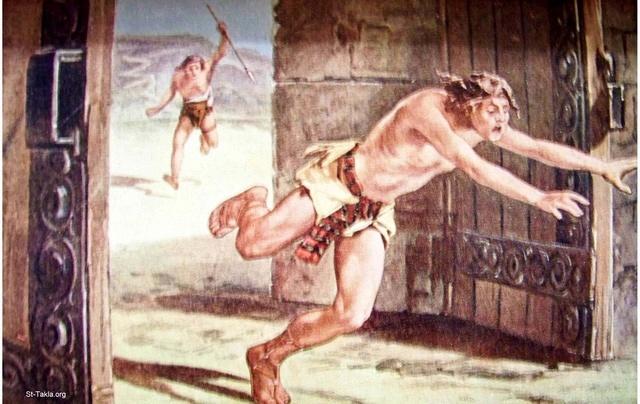 Numbers 35 can be an easy chapter to gloss over. Partly because it seems complicated and partly because it talks about murderers, so clearly it’s not applicable to us. Today, I want to challenge you to take a closer look.  As the chapter starts, Moses is in the process of dividing the Promised Land. As he apportions it to specific tribes, he is also asking them to give some away. It will be given to the Levites, the high priests of Israel. The Levites, then, will dwell in the land. Once they have it, they are instructed to set up six cities of refuge.

Reading closely, we can establish that these six cities will serve specific purposes. First, they will provide a safe place for people who have accidentally killed someone. They will be refuge and protection from the victim’s friends or family members, that may be looking for revenge, an “eye for an eye,” right? This was permissible under Jewish law (Exodus 21:24).

The cities of refuge were also a welcome place for foreigners. Traveling through cities in these times was a dangerous prospect. Consider that the Israelites were required to diligently keep the law in order to remain pure. Since foreigners did not keep the law, they were viewed as unclean, making them unwelcome.  In the city of refuge, however, all were welcome. An added benefit to the sojourner is their interaction with the high priests. These men, being in close proximity to God were able to share God’s hope and love.

These reasons give way to another purpose of the city, which requires closer examination. Redemption. How is it that either a foreigner or a murderer could ever be welcomed into the Jewish community as a useful citizen? For the Jewish people, repayment for the wrong must be made. For any sin, this was accomplished by the sacrifice of animals. Their death and shed blood became the atonement for sins. It makes sense that the cities of refuge were led by the high priests.  The very people charged with making the sacrifices on behalf of everyone. Whoever showed up, whether foreigner or murderer, the high priest was able to provide the sacrifice.   Even so, murderers were not yet free. Not only did they live in fear of retribution, but it is likely that they were perpetually tormented by their misdeed. True freedom was only accomplished through the death of the high priest. Until then, they were only safe in the city of refuge.

As I read through the text, I am horrified at the cost. Why is it necessary for the high priest to die? Remember, the high priest has a special relationship with God. His sins have been atoned for. He is clean in the eyes of God. Through his position, he has been the encourager for the convicted and the unclean. He has spent his entire life interceding for others through prayer and offering living sacrifices for these people. He does so not for his own gain, but so that all people can be counted among God’s chosen ones. He has walked closely with God. Surely, he does not deserve death! Alas, his efforts are not enough. The sacrifices are imperfect. It is his death that marks the end of the era.   Ironically, all punishment and the condemnation die with him, ushering in a new era of life and freedom for the captives.

Does this have you thinking about Jesus and salvation?  Romans 8:18 confirms Jesus as our high priest. “There is no condemnation for those who are in Christ Jesus.” You see, Jesus lived the life of a high priest, only better. How can that be? He was not human, like the Levite priests. He is God. Hebrews 4:15-16 explains that “we do not have a high priest who is unable to sympathize with our weaknesses, but one who in every respect has been tempted as we are, yet without sin. Let us then with confidence draw near to the throne of grace, that we may receive mercy and find grace to help in time of need.” Maybe I don’t identify as a stranger or a murderer.  I do, however, identify as a sinner, falling short of who God created me to be.  We are all called to “draw near” to the city of refuge.  When we do, Jesus our high priest offers up a perfect sacrifice, assuring our freedom. Thank you, Jesus, for making it available to all of us, every day.